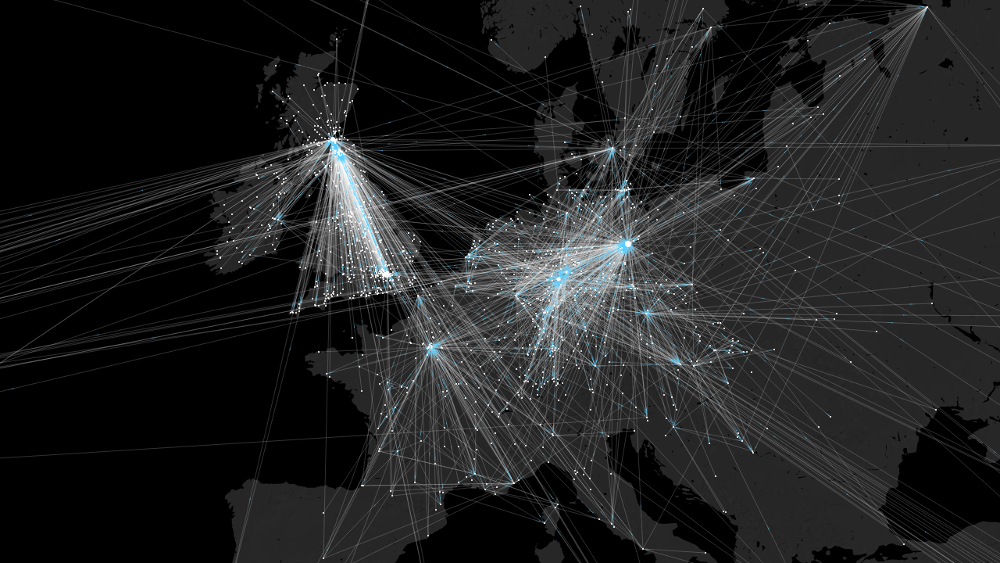 While the political and social activism of nationalism is usually located in a specific state or society, cultural nationalism is diffused by high-density communicative exchanges over great distances and across different countries. To map these transfers, visualization is an indispensible tool for representing and understanding the processes involved.

SPIN has undertaken an ambitious Digital Humanities project to visualize and analyse communication networks in the intermedial and transnational diffusion of Romantic Nationalism, tracing letters and correspondences between intellectuals, as well as the spread of certain types of music, painting, and commemorative monuments, and the mobility of artists during their academic training and musicians during their performative careers and concert tours.

These mapped visualizations have been folded into the online Encyclopedia of Romantic Nationalism in Europe, of which they form a central element.

The mappings can be either geographical or social (in which the number of contacts, and the importance of those contacts, are “weighted” for the centrality of how each individual node in the network is located). A central and innovative feature is the possibility to dynamically trace the developments of these networks as they change over time. The chronologically dynamic element of this network visualizatio is what distinguishes SPIN’s culture-historical approach from the non-diachronic, static modes of network visualization that have been developed in the soial and political sciences.

The rendering techniques for this network visualization (which require no dedicated software and can be displayed in any internet browser) have been developed in collaboration with lab1100 and its “nodegoat” technology. For examples, go the the Encyclopedia of Romantic Nationalism in Europe (ERNiE).